Thank you for your recent removal of ALL ads from my website.

In response to this, when I receive my final check from you, I will REMOVE ALL ADS from ALL my websites.

I already install various ad BLOCKING software on all of my customer's computers, and I will now encourage ALL computer users to block ALL ADS in their browsers.

Thank you for making the lines of communication completely one way in this matter.


"To inspire, enhance, and advance the use of linux In Greeneville Tennessee"

"Something that I think is imperative is to have regular meetings, not just a Facebook group..." - Duane Hatter

"Some other ideas- no fees, no dues. This should be free to all. The concept, at least in my mind, is that this is to be a group of people that gather together to share ideas and experiences.
'Helpfulness' is the general 'feel' I am wanting. This is NOT for people that thrash their pc's playing Facebook games and want free repair services; this is for those that use Linux and need help, have ideas, have questions, have experience to share..." - Duane Hatter

"A Linux User Group or Linux Users' Group (LUG) or GNU/Linux User Group (GLUG) is a private, generally non-profit or not-for-profit organization that provides support and/or education for Linux users, particularly for inexperienced users. The term commonly refers to local groups that meet in person, but is also used to refer to online support groups..." -
https://en.wikipedia.org/wiki/Linux_user_group

"Linux was originally developed as a free operating system for personal computers based on the Intel x86 architecture, but has since been ported to more computer hardware platforms than any other operating system. Thanks to its dominance on smartphones, Android, which is built on top of the Linux kernel, has the largest installed base of all general-purpose operating systems. Linux, in its original form, is also the leading operating system on servers and other big iron systems such as mainframe computers and supercomputers..." -  https://en.wikipedia.org/wiki/Linux 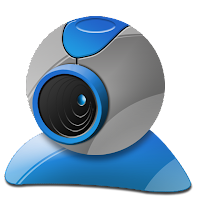 Trying to get away from Ustream... there's just something about a Tampax ad that kinda' kills the mood for the Live Police Scanner Feed...